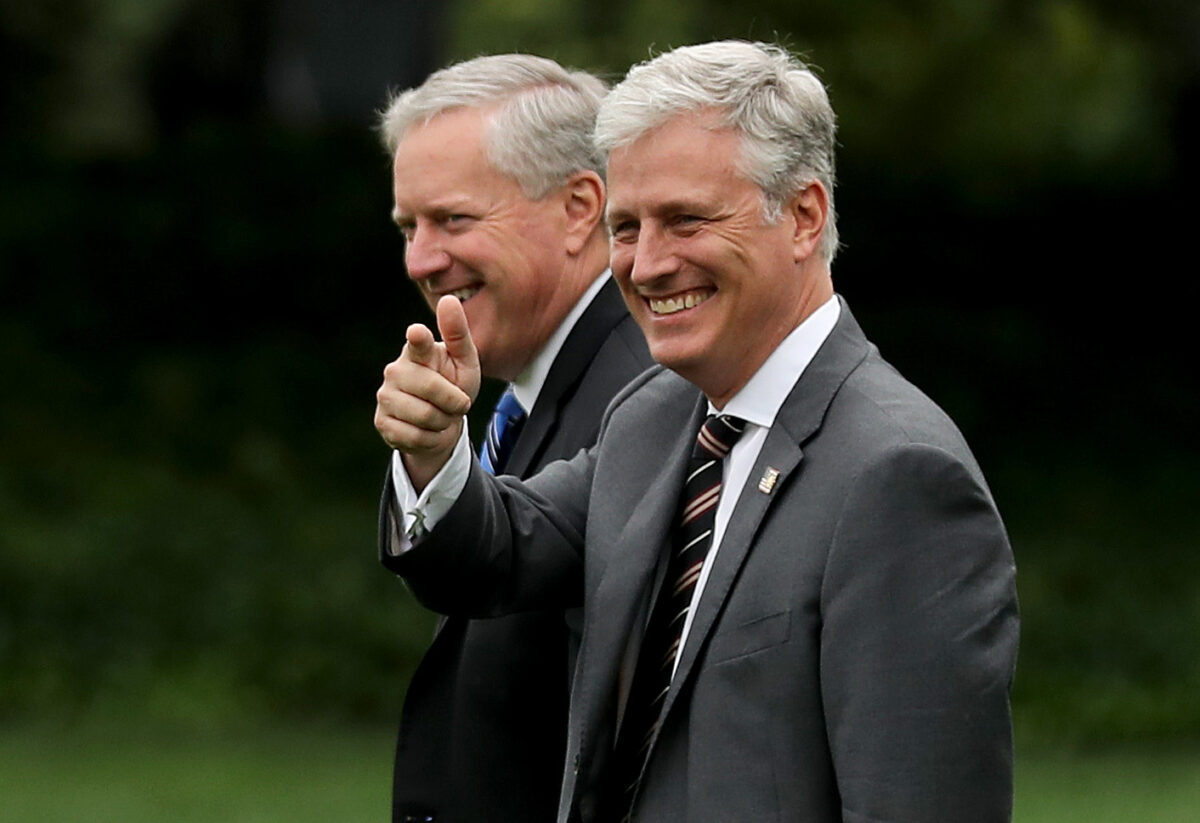 White House national security adviser Robert O’Brien said on Oct. 4 that the White House is not considering a transfer of power from President Donald Trump to Vice President Mike Pence in light of the president’s COVID-19 diagnosis.

Speaking Sunday, O’Brien said that the possibility of transferring powers of the presidency to Pence—who tested negative for the CCP (Chinese Communist Party) virus on Sunday for the third time in recent days—is not “on the table right now.”

“That’s not something that’s on the table at this point,” O’Brien told CBS’s “Face the Nation” when prompted on the topic. He assured that the president is “in great shape” and that he and the government are “doing well.”

“So far, the president is in great shape. He’s firmly in command of the government of the country,” he said.

The president was diagnosed with COVID-19, the disease caused by the CCP virus, late last week, and is on several medications, including dexamethasone, Remdesivir, and RegEneron, according to his team of doctors.

Doctors said the president had a high fever on Friday morning but had not run a fever since Friday.

Earlier on Sunday, White House physician Dr. Sean P. Conley said Trump’s condition “has continued to improve,” and another medical specialist said he could return to the White House “as early as tomorrow.”

Conley appeared upbeat on the president’s prognosis, saying Trump is “up and around.” He previously confirmed that the president briefly received supplement oxygen after his blood oxygen level dropped down to 93 percent on Saturday. It rose to 98 percent on Sunday.

“We initiated dexamethasone and he received his first dose yesterday,” Dr. Brian Garibaldi said during a news conference. “Our plan is to continue that for the time being. Today he has been up and around and our plan is to have him eat and drink and be up out of bed as much as possible.”

On Sunday evening, the president appeared in a new video shared on his Twitter account, thanking hospital staff at the Walter Reed National Military Medical Center. Later, he was seen waving at supporters from a car while wearing a mask.

The last time presidential powers were handed over was in 2002 and 2007, from George W Bush to then-vice president Dick Cheney when Bush was anaesthetised for a colonoscopy. The constitution was amended in 1963 following John F Kennedy’s assassination to clarify the lines of succession.

While Trump is in the hospital, Pence is continuing the campaign.

“We have a great vice president, we have a government that is steady at the tiller,” O’Brien told “Face the Nation.”

Trump campaign senior adviser Jason Miller told ABC’s “This Week” on Sunday, “We can’t stay in our basement or shut down the economy indefinitely. We have to take it head-on.”

Jack Phillips contributed to this report.