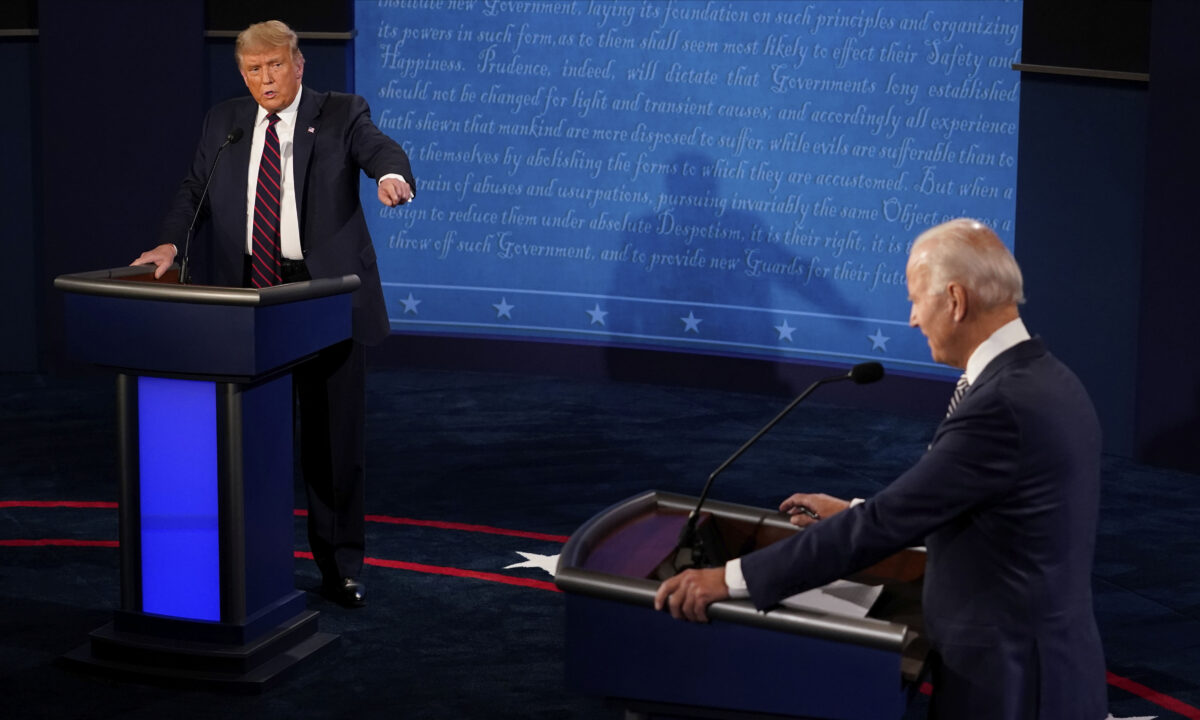 Former Vice President Joe Biden said he would repeal President Donald Trump’s middle-class tax cut, saying it would be the “first thing” he would do as president.

Biden and President Donald Trump were asked during a debate in Ohio on Tuesday about a report that alleges that Trump paid only $750 in federal income taxes.

“Millionaires and billionaires like him, in the middle of a COVID crisis, have done very well. Billionaires have made another $300 billion because of his tax proposal and focusing only on the market,” Biden remarked.

Trump then alleged that he took advantage of a tax bill that the Obama administration passed.

Biden earlier this year made a similar statement that he would repeal Trump’s Tax Cuts and Jobs Act.

“Number one, we have the greatest income inequity in the history of the United States of America since 1902, and the fact of the matter is, there is plenty, plenty of money to go around,” Biden said. “The first thing I would do as president is eliminate the president’s tax cut.”

With more than a million Americans already casting early ballots and time running out to change minds or influence the small sliver of undecided voters, the stakes were enormous as the two White House candidates took the stage five weeks before Election Day.

The two contenders did not shake hands as they entered the debate, adhering to protocols on social distancing during the coronavirus pandemic.

The 90-minute debate, with a limited and socially distanced in-person audience because of the pandemic, was held at Case Western Reserve University in Cleveland, with Chris Wallace of Fox News serving as the moderator. It is the first of three scheduled presidential debates and one vice presidential debate.