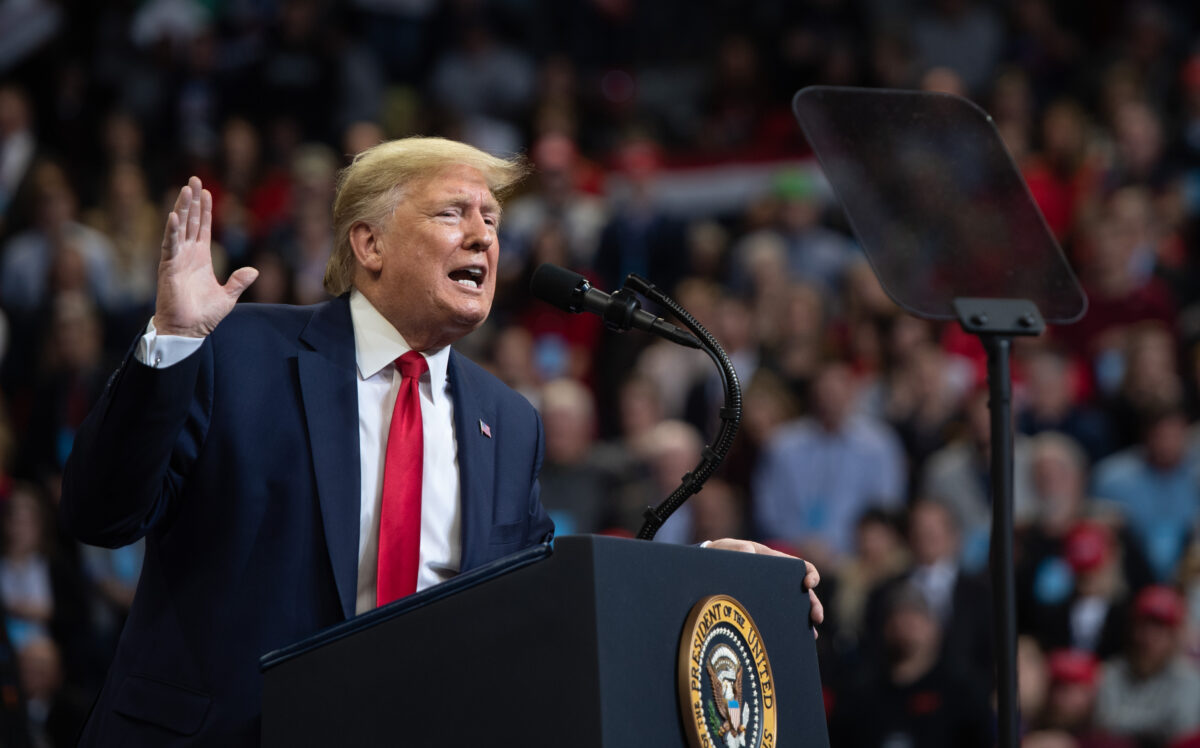 The mainstream media’s portrayal of Americans who voted for Donald Trump only strengthens their bond with the president, according to author and columnist Daniel Allott, who spent three years traveling through the country to interview swing voters in counties that played a key role in Trump’s victory of the 2016 White House race.

“Shortly after the 2017 inauguration of President Trump, I set out on the road traveling to and reporting from and living in nine counties across the country in nine different states,” Allott told The Epoch Times’ Jan Jekielek. In his new book “On the Road in Trump’s America: A Journey Into the Heart of a Divided Nation,” Allott documented what he learned during his stay in those counties, six of which backed former President Barack Obama but switched over to Trump in 2016.

“The great thing about being able to do that, spend so much time in these places was that, over time, I think I built up a level of credibility and trust.” Allott said, noting that there is a “great deal of distrust” in the media among voters of the swing counties.

Taking West Virginia’s Grant County as an example, Allott explained why Trump succeeded in forging a bond of trust and goodwill with rural residents while the others failed. “The word I kept hearing again and again, with Trump, in terms of rural America and rural residents was ‘he listened to us,’” he said. “He conveyed somehow that he knew about their plight, he cared about their plight, he recognized their work as being important.”

“He didn’t mock their values,” Allott continued, adding that a lot of people of rural America felt that their values—such as their views on family, religion, and abortion—are being looked down upon by the left-dominated elites, Hollywood, media, and culture. “He conveyed to them that he was listening and that he cared about their way of life. And that again has only grown stronger based on the policies that he has advanced.”

Allott also highlighted the disconnection between mainstream media and America’s farmers over Trump’s trade war on China, during which the Chinese government imposed tariffs on U.S. agricultural commodities in an effort to punish the president’s Midwestern voter base. A narrative popularized by mainstream media at that time was that American farmers, whose livelihood took a hit from the declining prices, were angry at Trump and might not vote for him again.

“I just didn’t find that to be true,” said Allott, who visited Wisconsin’s Trempealeau County amid the height of the trade war. In 2016, the county abandoned its three-decade-long allegiance to Democrats, going for Trump by nearly 13 points.

“I talked to a lot of farmers, including Democrats, who just said, ‘Look, we appreciate that finally, a U.S. president is following through on his threats.’” he said. “Even if you look at the polling in 2018 and 19, Trump’s approval rating among farmers actually increased during the trade war, and the majority of them supported what he was doing with China.”

“And so again, the real lesson of that episode is, why are media going in with their narratives already written about what’s happening there? Are they actually talking to a broad spectrum of farmers to find out what’s really going on?”

Jan Jekielek contributed to this report.