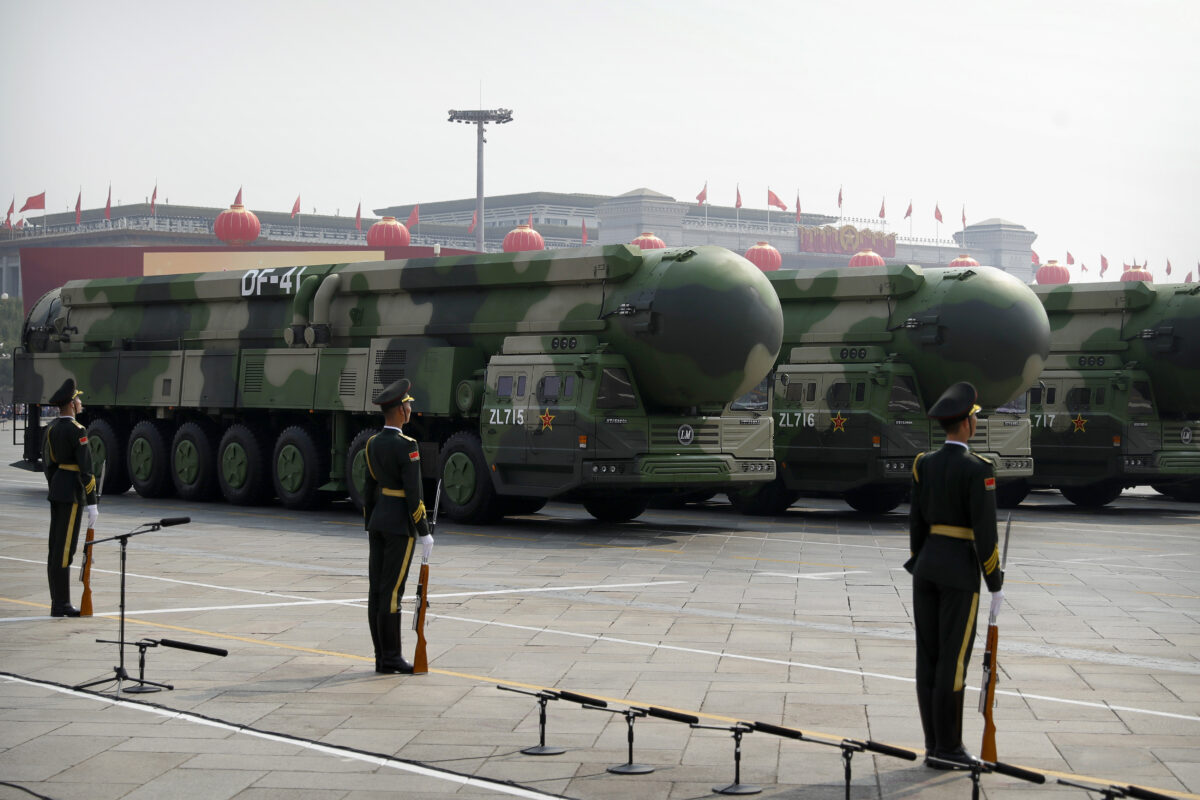 Senate Democrats leading in the area of national security sounded an alarm on Monday over the Trump administration’s sale of more than 227 tons of a material used in the building of missiles to China. In their letter to Secretary of Commerce Wilbur Ross, the senators demanded he explains the United States’ large sale of graphite to the Chinese Communist Party (CCP) in September.

The Democrats said that the particular grade of graphite is the main component in building conventional ballistic missiles, cruise missiles, and space launch capabilities.

“With its potentially dangerous end-use as a component in these systems, there are serious questions regarding this decision, especially as your letter to Congress gave no mention of the exporter, the end-user, or end-use function—other than for the production of electronic discharge machines—for this sensitive material,” wrote the senators in a press statement Monday.

The senators demand that the secretary detail the reason for the sale and explain how it will not undermine or endanger the security of the United States or its allies.

The Democrats referred to a Department of Defense (DoD) report this year, China Military Power Report to Congress for 2020, in which the DoD said that the CCP will seek to develop its military power, with the ultimate goal of surpassing the United States.

The report states that the Peoples Liberation Army (PLA) is ahead of the United States in the areas of shipbuilding, “in the development of land-based conventional ballistic and cruise missiles and Integrated air defense systems,”

The senators want to know which U.S. company sold the material and which company is seeking to import the materials in China and if the entity or entities have ties to the CCP.

They also want to know how the department can guarantee that the CCP does not end up being the ultimate beneficiary of the material and questioned the Trump administration on how it can ensure the materials do not end up in the hands of the CCP or elsewhere.

The senators want assurances that the sale does not violate the Strom Thurmond National Defense Authorization Act for FY1999.

“First, that the export of the equipment or technology is not detrimental to the United States space launch industry; and second, the missile equipment or technology to be exported, including any indirect technical benefit that could be derived from the export of the items, will not measurably improve the missile or space launch capabilities of the (Peoples Republic of China) PRC.”

Secretary Ross informed Congress about the graphite sale via a letter sent to Congress on Sept. 29, but did not give details about the export. Ross’s office did not immediately respond to The Epoch Times’ request for comment.

The Democrats want answers to their inquiry by Oct. 6.