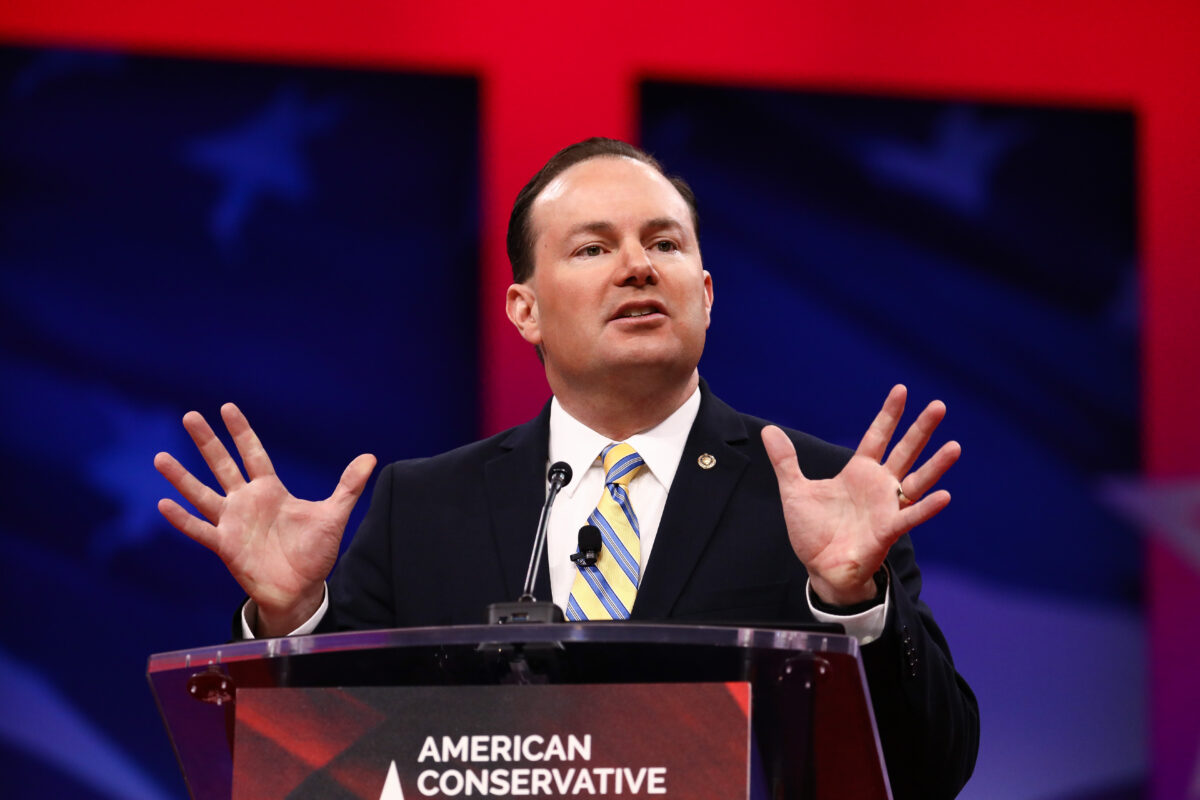 Sen. Mike Lee (R-Utah) has shared a letter from a congressional physician permitting him to end his COVID-19 related self-isolation, clearing the way for his in-person attendance for Amy Coney Barrett’s Supreme Court nomination hearing.

In the letter (pdf), Dr. Brian Monahan told Lee that he has “met criteria to end COVID-19 isolation for those with mild to moderate disease.”

“Specifically, it has been greater than 10 days since symptom onset, you have had no fever in absence of fever reducing medication for at least 24 hours, and your other symptoms have improved,” Monahan wrote.

Lee, who is a member of the Senate Judiciary Committee, told Hugh Hewitt’s radio program that after getting the sign-off from the doctor, he would be attending the hearings in person.

“I’ve gone through the appropriate number of days, and I’ve been keeping my temperature under control, and I’m no longer contagious,” Lee said.

It comes after the Utah Republican said in a statement announcing he tested positive for the CCP (Chinese Communist Party) virus on Oct. 1.

“Yesterday morning, I was experiencing symptoms consistent with longtime allergies,” Lee said. “Out of an abundance of caution, I sought medical advice and was tested for COVID-19. Unlike the test I took just a few days ago while visiting the White House, yesterday’s test came back positive. On advice of the Senate attending physician, I will remain isolated for the next 10 days.”

Lee’s announcement that he caught the illness came on the same day Trump said he and First Lady Melania Trump tested positive. The president said he has since recovered, while White House doctors issued a statement on Sunday confirming that Trump was “no longer considered a transmission risk to others,” according to White House Dr. Sean Conley in a memo. Conley’s statement also noted that “there is no longer evidence of actively replicating virus” and “decreasing viral loads.”

In a comment to Fox News on Sunday, Trump said that he is “in very good shape to fight the battles,” suggesting that he is “immune” from the virus.

On Monday, Lee was present for the first day of Barrett’s confirmation hearings, during which he challenged the notion that the Supreme Court is a body beset by partisan feuds.

“One might also have the impression, from watching this morning’s proceedings so far, that the Supreme Court of the United States is a remarkably bitter, cynical, and overwhelmingly partisan place,” Lee said, adding, “it is not.”

“The Supreme Court of the United States sits atop something that is the envy of the entire world—a judicial system that, despite the fact that it is run by human beings and therefore is imperfect, is the best judicial system that has ever existed on planet Earth,” he said.