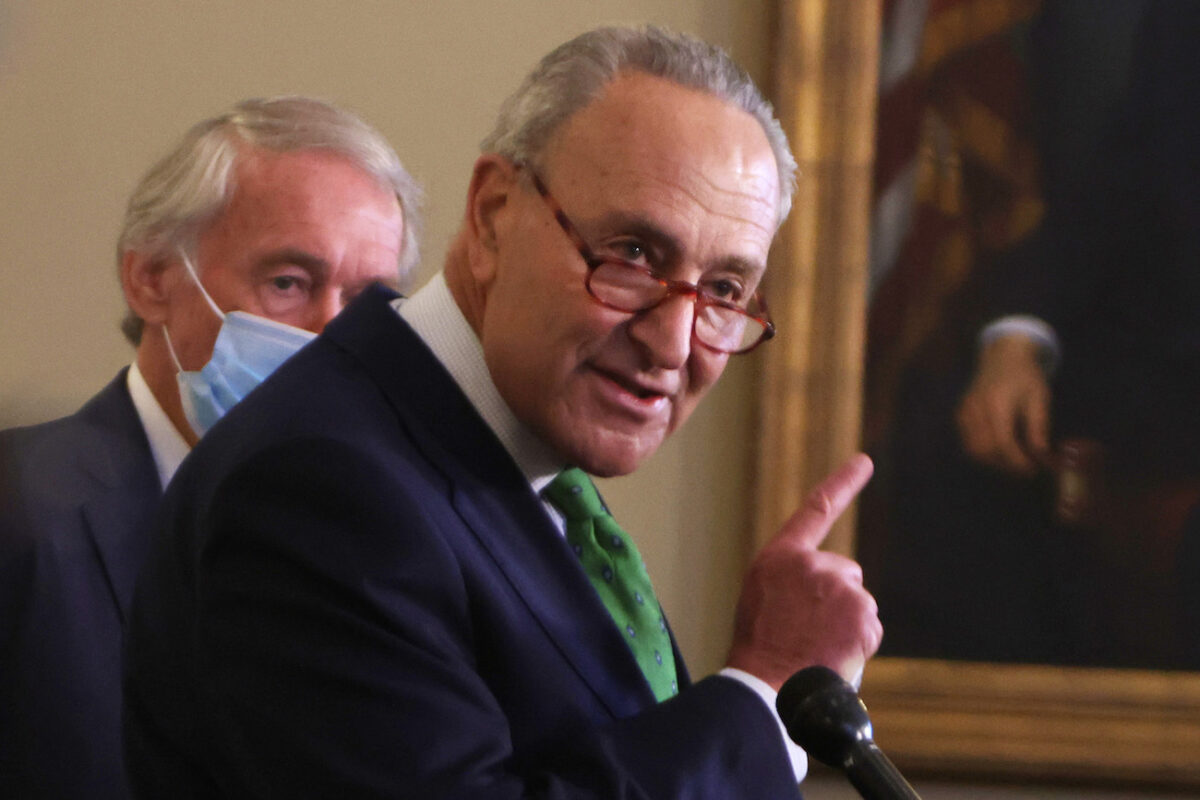 Senate Republicans rejected a bill from Senate Minority Leader Chuck Schumer (D-N.Y.) that would have blocked the Department of Justice from advocating the dismantling of the Affordable Care Act, known as Obamacare, in the midst of a Supreme Court nomination fight.

Senators voted 51-43 on Thursday, falling short of the 60-vote threshold required to advance the bill.

“You know we’re fighting this Supreme Court nomination with the tools that we have. McConnell has limited those tools when he so defiled the Senate and changed all the rules—but I managed to go on the floor when there was no Republican there, ask to put on the floor a proposal that said, we will spend no money to fight to repeal the ACA,” Schumer said in an interview this week.

“It’s directly related to, we think, the critical issue both in the election and the Supreme Court nomination, which is the Republican efforts to destroy health care in a pandemic,” Sen. Tim Kaine (D-Va.) told reporters Wednesday.

“There’s no Republican I know of that isn’t for protecting people worn pre-existing conditions. … The more our members have something that they can talk about that they are for I think the better it is in terms of trying to defend themselves against the attacks,” said Sen. John Thune (R-S.D.) about the vote.